This September, the Techcrunch Disrupt event in San Francisco features a full Brazilian Pavilion with 38 promising startup businesses. The business world, specially the technology industry, has turned its attention to Brazil for its huge middle-class consumer market and for a growing track record of successful innovation.

In 2009, when Napsters Group bought the Brazilian company Buscapé, an e-commerce giant in Latin America, it was a surprise; but these days, significant deals are becoming common. Also, important venture capital firms are investing in the country, both national (such as the very active Monashees Capital and the newcomer Trindade Investimentos) and international (like Redpoint e.ventures, Accel, Tiger, Intel Capital, among others). Americans and Europeans are managing local funds, incubators and accelerators, side by side with Brazilians.

Still, Brazil is not Europe nor Silicon Valley nor Israel, and the regional aspects of doing innovative business in this emergent country are going to be discussed at an informal event on the evening of September 13th at The Barrel House in San Francisco. The organizers of “Startupi Con: Valley Meets Brazil” are me and Bob Wollheim, partners at Startupi.com.br (the premier news source about Brazilian startups since 2008), with close support from investor Danilo Amaral (managing director at Trindade Investimentos).

Featured participants include: Anderson Thees (managing director at Redpoint e.ventures), Michael Nicklas (who came from NYC to Brazil in 2008 as an angel investor and lately has been a director at Ideiasnet), Felipe Matsunaga (M&A at RBS Digital), Bedy Yang (principal at 500 Startups and co-founder of Brazil Innovators), Felipe Matos (founder and CEO at an itinerant accelerator program called Startup Farm), Flavio Pripas (co-founder of Fashion.me, invested by Intel Capital).

Some institutions partnered for the success of the event: Endeavor, BayBrazil, Startup Farm, Brazil Innovators, Pereira O’Dell and Sendgrid. The event starts at 7pm. Entry is free, and there will be drinks and networking after the presentations. Details will be sent to those who put their names on the guest list at startupi.com.br/con. 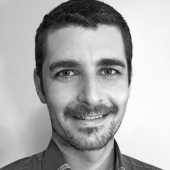 No comments yet. You should be kind and add one!